The Order of The Engineer

HISTORY – THE ORDER OF THE ENGINEER:

The Order of the Engineer was initiated in the United States to foster a spirit of pride and responsibility in the engineering professional, to bridge the gap between training and experience, and to present to the public a visible symbol identifying the engineer.
The first ceremony was held on June 4, 1970 at Cleveland State University. Since then, similar ceremonies have been held across the United States at which graduate and registered engineers are invited to accept the Obligation of the Engineer and a stainless steel ring. There ceremonies are conducted by Links (local sections) of the Order.
The Obligation is a creed similar to the oath attributed to Hippocrates that is general taken by medical graduates and which sets forth an ethical code. The Obligation likewise, contains parts of the Canon of Ethics of major engineering societies. Initiates, as they accept it voluntarily, pledge to uphold the standards and dignity of the engineering profession and to serve humanity by making the best use of Earth’s precious wealth.
The Order is not a membership organization; there are never any meetings to attend or dues to pay. Instead, the Order does foster a unity of purpose and the honoring of one’s pledge lifelong.
Thomas Carlyle, the Scottish essayist, defined a society as the vital articulation of many individuals into a NEW individual. Decades ago, our engineering counterparts in Canada had the same feeling. They found the need for the introduction of a spirit of community and cohesiveness among engineers. The Canadians believed that a good way to go about achieving this would be to instill in engineers a consciousness of belonging to one another, to themselves as individuals, and to those they serve.
The result of this need for community resulted in the Canadian “Ritual of the Calling of an Engineer.” The words of the ritual were written by the British author Rudyard Kipling. Kipling had much depth of feeling for engineers—the builders of things intended to benefit mankind. The ritual also includes the placing of a ring on the little finger of the working hand.

SIGNIFICANCE OF THE RING:

The Engineer’s Ring in the United States is a stainless steel ring, worn on the fifth finger of the working hand by engineers who have accepted the Obligation of an Engineer in a Ring Ceremony.
The history of the Ring Ceremony has to do with the construction of a bridge across the St. Lawrence River in Quebec in the early 1900s. It required several years to complete construction of the bridge, and on the morning of August 29, 1907 it collapsed, becoming and ugly tangle of structural steel enclosing the bodies of 75 workmen. After an investigation, construction was started again and on September 11, 1916 as the center span was being raised, it fell, killing 13 men. The bridge was built a third time, this time without incident, was finished in 1917 and is still in use today.
Legend has it that one of the twisted iron pipes from the first bridge failure was sliced into rings and worn by engineers to remind them of their solemn responsibilities. After accepting the obligation, you will be presented with a steel ring. You are to wear the engineer’s ring on the small finger of the working hand so that it will remind you every time you sign a set of plans, contract documents, or design specifications of your obligation as an engineer—you must check and recheck your calculations before signing your name. The success of the engineering project and the lives of people may depend on your engineering work. The ring you receive is a symbol of strength and continuity of our profession. The engineer’s ring says to all who see it—“Here is an engineer, a person with special technical knowledge and a publicly avowed dedication to his profession and the public it serves.”

I am an engineer.
I have an obligation.
My obligation has become my desire.
My desire is to apply the Golden Rule, our code of ethics, to the technical knowledge of the world by persuasion.
My desire becomes the yardstick of my professionalism, and lastly that
My professionalism means to me that I will never again ask myself the question,
“How much do I get out of it?”
But rather that I will ask myself the question,
“How much can I give?”

SONS OF MARTHA by Rudyard Kipling

The Sons of Mary seldom bother, for they have inherited that good part;

But the Sons of Martha favour their Mother of the careful soul and the troubled heart.

Her Sons must wait upon Mary’s Son, world without end, reprieve, or rest.

It is their care in all the ages to take the buffet and cushion the shock.

Tally, transport, and deliver duly the Sons of Mary by land and main.

They say to mountains, “Be ye removed,” They say to the lesser floods, “Be dry.”

Under their rods are the rocks reproved—they are not afraid of that which is high.

Then do the hill tops shake to the summit—then is the bed of the deep laid bare,

That the Sons of Mary may overcome it, pleasantly sleeping and unaware.

They finger death at their gloves’ end where they piece and repiece the living wires.

He rears against the gates they tend: they feed him hungry behind their fires.

Early at dawn, ere men see clear, they stumble into his terrible stall,

And hale him forth like a haltered steer, and goad and turn him till evenfall.

To these from birth is Belief forbidden; from these till death is Relief afar.

The secret fountains to follow up—waters withdrawn to restore to the mouth.

And gather the floods as in a cup, and pour them again at a city’s drouth.

They do not preach that their God will rouse them a little before the nuts work loose.

They do not teach that His Pity allows them to leave their job when they damn-well choose.

As in the thronged and the lighted ways, so in the dark and the desert they stand,

Wary and watchful all their days that their brethren’s days may be long in the land.

Raise ye the stone or cleave the wood to make a path more fair or flat;

Lo, it is black already with blood some Sons of Martha spilled for that!

Not as a ladder from earth to Heaven, not as a witness to any creed,

But simple service simply given to his own kind in their common need.

And the Sons of Mary smile and are blessed—they know the angels are on their side.

They know in them is the Grace confessed, and for them are the Mercies multiplied.

They sit at the Feet—they hear the Word—they see how truly Promise runs.

They have cast their burden upon the Lord, and, the Lord He lays it on Martha’s Sons! 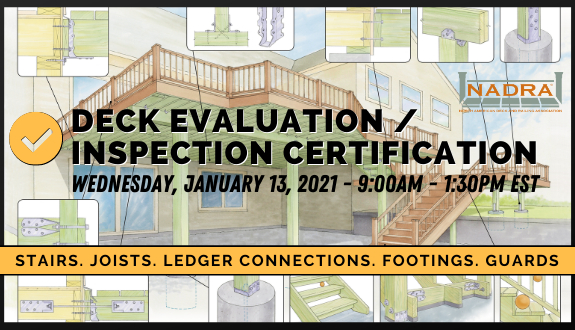